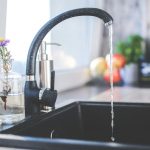 Legionnaires’ Disease – A Guide For Residents 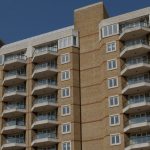 What does terrorism insurance cover?

Terrorism insurance covers numerous losses resulting from acts of terrorism. These could include damage to buildings, temporary rehousing costs, loss of rent, and associated buildings costs. The property management company alongside their insurance broker should of course provide advice so that that the sum insured is in line with likely rebuild costs.

What types of terrorism are covered?

The types of cover available are divided into two primary options. Both options cover the event of explosion, but one option includes chemical, biological, radiological or nuclear terrorism following damage to the building. This cover insures against more ‘organised’ forms of terrorism where the terror act is on behalf of an organisation and is aimed at influencing or overthrowing the government.

The second option excludes chemical, biological, radiological or nuclear terrorism but includes acts of terrorism performed by lone individuals or those who are not acting on behalf of an organisation.

What are the risks of not having terrorism cover?

The board of directors of a block (or the property owner) may decide that it isn’t worth the additional premium for terrorism cover, and so choose not to have it. If however they do reach that decision and so opt to not have terrorism insurance then they will in effect be deciding to self-insure against any acts of terrorism. The costs incurred from any terrorist act will not be paid by the insurance company.

In the event of a terrorist attack that results in residents losing their property where no terrorism cover is in place, the leaseholders could choose to group together and take legal action against the board in order to recover the losses. Whilst the outcome of such as case would be unknown, there is a legal precedent in this area. In 2014 the court of appeal ruled on a case where a property’s lease stated that insurance must be provided to fully reinstate the property if required, including as a result of explosion. The court ruled that explosions caused by terrorism also fell under this description, and therefore the property should be insured accordingly.

What should be being done in your block to control the risk?

The initial step in the control of legionella bacteria in your building is to undertake a water hygiene and legionellosis risk assessment which would be organised by your property management company. Once the risks are identified, a written scheme of control can be created and implemented. The scheme of control includes comprehensive record keeping and regular site visits to check the water system and its operation.

Isn’t the likelihood of a terrorist attack very small?

As with any type of insurance, the purpose of the cover is to be a security blanket for a situation you actually never want to occur. In that sense, terrorism insurance is no different to any other insurance. However, it is worth bearing in mind that your property doesn’t have to be the actual target of an attack to be the victim of terrorism. For example, you may be unlucky enough to have a bomb maker living in one of the flats and an accident occurs, or the target of a terrorist act may live in your block. The terrorist may also not have religious motives, they could be political, or environmental or relating to animal rights for example – motives that could drive terrorist acts that are closer to residential areas. Additionally, an airplane flying overhead could be the intended target and debris from an explosion could fall onto the building. In these cases, terrorism insurance would be required to cover the associated losses.

The benefits of insuring through JCF

For the properties we manage, whether they are large blocks or smaller houses split into flats, we are able to offer very favourable insurance premiums and often more comprehensive cover. Our bulk buying power enables us to negotiate buildings insurance that may well be at a lower premium than the property could gain alone and with excesses that are also often lower.

JCF is also a designated professional body for insurance renewals, regulated by RICS. This gives our customers complete transparency regarding costs and ensures the fees they pay are fair and reasonable.

If you feel that your property would benefit from a more professional managing agent, get in touch with us today to discuss your property.