Noisy Neighbours: How Should A Dispute Be Handled? 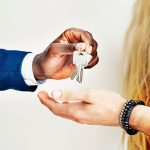 I own a leasehold flat. Can I let it on Airbnb? 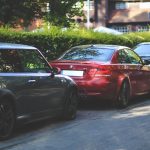 Noisy Neighbours: How Should A Dispute Be Handled?

“I live on the first floor of my block and my neighbour in the flat above me can often be heard stomping around on their floor overhead. The noise seems to echo around my flat and is even louder when they are wearing shoes. Late at night it wakes me up. I can also often hear them talking or shouting. What can I do about this sort of noise, can I force them to be more quiet?”

Noise between neighbours is one of the more common complaints we experience between residents and especially between flats where of course people are living in relatively close proximity.

In this situation, as with many concerns or disputes between neighbours, we would almost always encourage you to first go and speak to your neighbour and calmly explain your concerns. In many cases, neighbours are unaware that they are upsetting those around them and so try to compromise in order to be neighbourly. This quickly and amicably resolves the issue. If it doesn’t, you then have other options.

It’s worth noting that the process you would follow to address unreasonable noise from a neighbour would typically be the same process you would follow for other antisocial behaviours, such as leaving rubbish in the communal areas or owning an unruly dog. The flats’ leases will have regulations that usually define the requirements for how people live together in the block.  The leaseholder therefore has an obligation to abide by those regulations and every leaseholder is entitled to live in their property in ’quiet enjoyment’ which is a broad term that means you have the right to live in your property without being unreasonably disrupted by others. These regulations are published in a code of conduct handbook by the landlord and you can ask for a copy if you don’t already have one. Often, the regulations are binding between the leaseholder and the landlord but also between leaseholders themselves.

If you have tried speaking to your neighbour and matters haven’t improved, your managing agents should be happy to write to your neighbour to explain the issue and seek to resolve the matter. Additionally, if the neighbour is shown to be breaching the lease’s regulations through their excessive noise, you also have the option to take the matter to the landlord. Most leases include a ‘mutual enforceability clause’ which means that as the leaseholder, you can require the landlord to enforce the terms of the lease against the neighbour if you don’t want to do it yourself. Though there is often a caveat in the lease’s terms that indemnifies the landlord from the associated costs, so any costs are likely to need to be covered by you or your neighbour.

In your case, it is also possible that you are hearing excessive noise because your neighbour has exposed timber floors or other hard floor coverings that are amplifying the problem. Many leases stipulate that the floors in flats must be carpeted and your managing agent should be forthcoming in helping you establish whether your neighbour is breaching the terms of their lease on this basis.

Ultimately, for any type of dispute over antisocial behaviour, if you and your neighbour cannot come to an agreement or your neighbour will not abide by the terms of their lease, you have the option to take legal action which could eventually lead to the court making a final decision. However, in a case of excessive noise, it’s much more common that the dispute is resolved in the early stages, either between the leaseholders themselves or with some diplomatic support from the managing agent.

If you feel your block is in need of a more professional property management company, get in touch with us and we’ll talk to you about how we work and how we can help you.